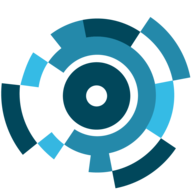 BACK TO ALL QUESTIONS
Call recording issues

Situation with Android 8 and below

On devices running on Android 8 and earlier, there are usually no problems with call recording. If you still have problems, try the solution suggested below for Android 9.

Even before the release of the Android 9 operating system, Google announced that this version would close the application programming interface (API), which developers used in their apps to record phone calls.

Despite this statement, on some phones with Android 9, the call recording function still works: in whole or in part – when the voice of only one participant in the conversation is heard, on whose phone AllTracker is installed.

The operability of the function depends on factors such as the manufacturer of the device, its model, the installed firmware, and the version of the Android security patch level.

Unfortunately, the trend is that with each Android security update released regularly, there are fewer and fewer devices with a working call recording function on Android 9.

Can anything be done?

If you have a problem with recording calls on a device running Android 9 or earlier, you can try an alternative recording method.

To do this, you need to turn on the accessibility service “AllTracker - Accessibility” (in alternative versions of the app, the service is called “System Security”). How to do it is described here.

Additionally, on the monitoring page of the target device, you will need to go to “Settings” and enable the expert option “Alternative call recording method for Android 10”.

This method has some limitations, which are listed below in the description of the situation with Android 10 and higher.

Situation with Android 10 and higher

Now for the newer versions of Android. Starting with Android 10, Google completely blocked the ability to record calls with third-party apps. Because of this, the recording of telephone conversations has become impossible – recordings are silent as a result.

We were able to work around this problem to some extent by creating an additional accessibility service in the app. Due to this service, call recording also works on current versions of Android, but there are some limitations:


However, if the call goes on speakerphone, you will hear both participants in the conversation on the recording.

In view of the above, we cannot guarantee the reliable operation of the call recording function and therefore provide it in our service for free. Thus, each user can use this function on an “as is” basis.

Please note that by using this feature, you assume full responsibility for possible legal restrictions in your country.